SPIRIT OF THE DANCE

SPIRIT OF THE DANCE is one of the biggest dance shows in the world. It has smashed box office records in over 20 countries, and has won more awards than any other dance production. .

Now celebrating its 15th Anniversary and winner of 9 Global awards, this breathtaking show has been seen by more than 20 million people around the globe.

The world champion dancers of Spirit of the Dance sound like a runaway express train and their precision and artistic showmanship sends shivers down your spine. This breathtaking show delivers the powerful rhythms of Irish Dance combined with the passionate Latino rhythms of Tango, Flamenco and Red-Hot Salsa to produce a thrilling, heart-pounding production that the International Post describes as "The World's Greatest Irish Dance Show".

Check back soon for dates...

Credited with bringing musicals to the masses and is affectionately known as 'the working man's Andrew Lloyd Webber'. David King is a multi award-winning and internationally acclaimed theatre producer. He owns his own theatres in America, and has an honorary doctorate from Middlesex University in London for services to the performing arts. David has hit shows all over the world, and as executive producer of Spirit Productions, he is one of the biggest employers in show business today.

WHAT INSPIRED YOU TO CREATE SPIRIT OF THE DANCE?

It was the spring of 1996, a friend gave me a ticket to see 'Riverdance' starring Michael Flatley. I really didn’t want to go. I was struggling at the time, trying to make a living in the entertainment business, and couldn't get anything right. Unemployment was staring me in the face. But my friend wanted company and I went along reluctantly. At the end of the show, the audience went wild and I thought, 'I can do this'. I left the theatre determined I was going to make a new show, inspired by what I had just seen. I went home and drew up a poster for a new show which I called 'Spirit of the Dance.' With my last £100 I had copies of the poster printed and sent them to theatres around the country. The phone in my kitchen started ringing with people saying, 'Get me this show!' I'd had the right idea at the right time. All the balls were in a row.  All I had to do now, was make the show.  When I was summoned to see the managing director of Apollo theatres, I feared I was going to be sued. In fact he wanted to book the show for a 16 week tour, opening at the Bristol Hippodrome theatre just three months later.

TO START A SHOW THIS SIZE, MUST BE A VERY EXPENSIVE BUSINESS. HOW DID YOU RAISE THE MONEY?

I'd had a major tour offered to me for a show that didn't exist. I tried to raise the money needed to put the show on but everyone turned me away. No-one had any faith in me to invest. I knocked on so many doors my knuckles were sore. But despite all the refusals and all the doors being slammed in my face, I kept going regardless. Nothing was going to stop me, and nothing did. I was focused and I knew what I wanted. I'd done some wheeling and dealing in my time but this was a first and I was not going to take 'no' for an answer. I did the only thing I could do. I sold everything I had, including my car and the family silver. It was time to sink or swim and I jumped in with both feet.  My luck changed for the better when Michael Flatley announced he was leaving Riverdance to set up his own show. Everyone assumed 'Spirit of the Dance' was his new show and the opening night sold out in hours. The gamble looked like it was paying off. I was on a roll!

IS YOUR SHOW SIMILAR TO RIVERDANCE?

Spirit of the Dance  was inspired by Riverdance but there was absolutely no point in copying it. I gave my show its own identity by including all forms of international dance such as  Irish, salsa, flamenco, ballet, ballroom, tap, street dance, and more.

WHEN DID YOU KNOW THE SHOW WOULD BE A HIT?

It wasn't until the end of the opening night at the Bristol Hippodrome theatre in September 1996, when I watched the audience go wild that I knew that Spirit of the Dance was an instant hit. Calls from all round the world started flooding in for the show and within two years, 14 different troupes of Spirit of the Dance were performing around the world in 14 different countries on the same night. I'd never dreamt that sitting in the audience at Riverdance one night would have changed my life so incredibly. Spirit of the Dance is still running to this day and has been seen by 20 million people worldwide. Every year I update the show, to include the latest and most fashionable dance style and that's why audiences keep coming back time and time again.

Check out all my shows on: 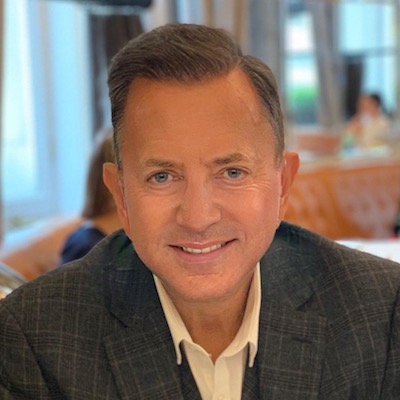